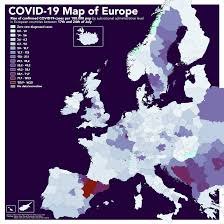 Early signs of a possible second wave of the coronavirus epidemic are being seen in Finland.

The number of daily coronavirus cases has clearly increased this week, and the reproduction number (R0), that is how widely the infection is being is spread, is also on the rise.

Top officials at the Ministry of Social Affairs and Health, and the National Institute for Health and Welfare THL on Thursday laid out a series of measures that are currently being worked on, or are being considered in Finland to curb the spread of the coronavirus. 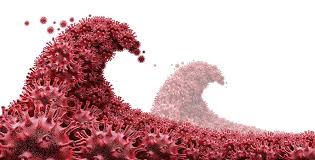 According to Ministry of Social Affairs and Health permanent secretary Kirsi Varhila the aim is to increase the daily testing and tracing capacity from the current 13,000–15,000 to at least 20,000. If the epidemic starts to spread out of control, Varhila says that preparations must be made to ramp testing up to 25,000 people a day.

Varhila has stressed that individuals showing even minor symptoms must be tested. Anyone arriving from abroad is advised to apply for testing 5-6 days after arrival, even if experiencing no symptoms.

Currently, there is a delay of several days in the Helsinki region in accessing tests and generating results. According to Varhila, reliable, rapid testing needs to be introduced within a short time frame.

Varhila, is calling for widespread use of a new mobile tracing app, as soon as it is available for download. This also means that the testing capacity of municipalities and hospital districts must be up to the task, as everyone who receives notification of possible exposure will be interviewed and, if necessary, will have immediate access to testing.

Restrictions, such as the required use of face masks, may be imposed on a local or regional basis. According to THL’s Puumalainen, a regional review based on data from the European Office of Communicable Diseases shows that it is worth targeting measures regionally. If it seems that the situation in a city, province or region is deteriorating, then it must be reacted to quickly and effective measures must be initiated, he said.

The situation is being monitored particularly closely in Germany and Denmark, as incidence rates have risen in both countries.

At mid-week the Minister of Family and Basic Services, Krista Kiuru (SDP), announced that voluntary quarantine is to be tightened. According to the minister, children from families who have traveled in high-risk countries should not immediately go to school, but rather observe a two-week voluntary quarantine. The quarantine applies not only to children, but also to anyone planning to return to work after travelling. At present, voluntary quarantines are not monitored in any way. Finland has classified countries with more than eight infections per 100,000 inhabitants as being high-risk.

Imposing new restrictions related to business activities will require amendments to the Communicable Diseases Act. Currently, restaurants are required to provide each customer with individual seating space and access to hand washing. Premises and all surfaces must also be kept clean. According to Varhila, restrictions on restaurants and nightclubs will not be relaxed.

Large public events of more than 500 people have been permitted since the beginning of August. This policy is currently in forced until the end of September. Restrictions on numbers can be reimposed, if the situation warrants. According to Varhila, it does seem now that it will be necessary again lower the size of permitted gatherings.