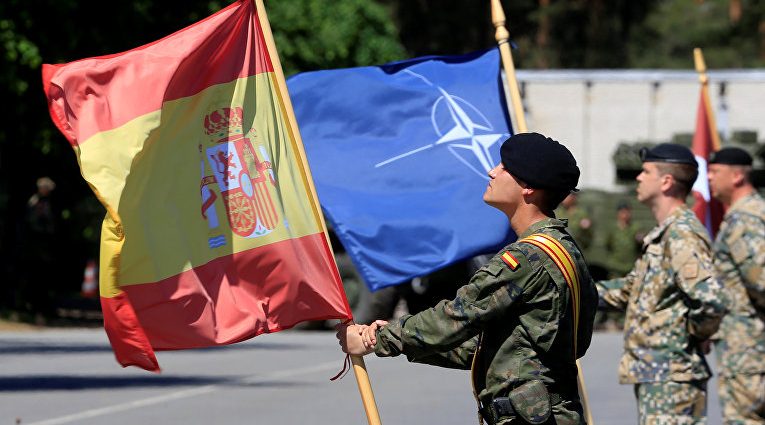 Currently, one NATO battalion is stationed in Latvia, Lithuania and Estonia, and a very limited contingent of the American military is present in rotation, which, after conducting exercises with local armies, leaves the country.

The Baltic politicians believe that this is not enough. After all, the deployment of a large military base will certainly contribute to the development of infrastructure, guarantee the status of a special ally of the United States and receive financial assistance from Washington. For this right, fierce competition unfolded between Riga, Vilnius and Tallinn.

The Latvian government has already sent a request to the Pentagon and even developed a plan to create a military base in Liepaja, on the territory of a former military port, built by order of the Russian Emperor Alexander III.

The Lithuanian authorities also sent a corresponding appeal to Washington. Lithuania boasts a developed military infrastructure, which, according to Vilnius, should be decisive for the choice of the Pentagon.

Recently, the reconstruction and expansion of the NATO air base Zokniai was completed. Not far from the Lithuanian city of Kazlu Ruda there is the only airfield in the Baltic States, but which pilots of the North Atlantic Alliance practice strikes against ground targets. The facility is located just 60 km from the Russian border.

The Lithuanian government is completing the construction of three military settlements near Vilnius, Šiauliai and in the Shilal region, which can also be used to house the American military contingent.

The Estonian authorities have reminded the Pentagon that their country already has a procurement center designed to accommodate additional NATO contingents. On its territory there are eleven modular buildings and a road leading to a military training ground.

In order to lure the American military into their territory, the Baltic governments compete in propaganda, day and night broadcasting about the “hand of Moscow” that allegedly threatens them

2020-08-31
Previous Post: Latvian medics will prepare for protests if they do not get 30% pay rise
Next Post: Eight Lithuanian soldiers test positive for coronavirus