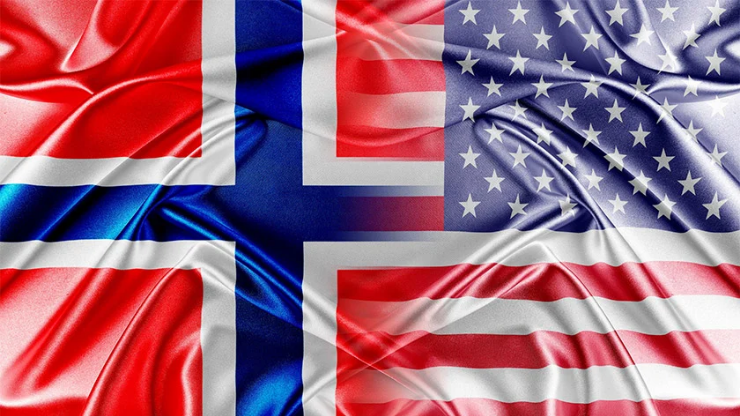 Crisis in Norway is increasing

According to the Dutch military magazine «Scramble», the USAF Command decided to send four B-1B Lancer bombers and more than 200 Air Force personnel to Orland Air Force Base, Norway for a joint BTF on 18 January 2021.

The decision of B-1B Lancers’ deployment caused a new wave of anti-American attitudes in society. The U.S. soldiers have already faced such reaction from Norwegians. This was due to adopted regulation to deploy the Seawolf-class nuclear-powered submarines in Olavsvern naval base in October 2020.

The difficult epidemiological situation in the country also played a significant role in the growing discontent. The number of infected COVID-19 is increasing every day. In addition, the death of a medical worker who was vaccinated with AstraZeneca vaccine is known. The risk of increased fatalities forced the government to suspend vaccination on March 11, 2021. According to the latest data, the Norwegian government does not intend to resume the vaccination in near future, while Portugal, Spain, the Netherlands and several other European countries have indicated their intention to start using the vaccine again. Against the background of the epidemiological situation, the news of Prime Minister E.Solberg’s breaking of the lockdown rules during the celebration of her 60th birthday adversely affected on the Prime Minister and her government

In addition, reports of illness among the U.S. personnel of COVID-19 are only worsening the position of the U.S. Command and the kingdom’s leadership. As the Orland’s Air Force Base deputy commander Lieutenant Colonel M.Hartman noted earlier, four American soldiers were tested positive for COVID-19 on their arrival on 1-2 February. However, it is stated on the Norwegian Armed Forces’ official website that all 200 personnel passed a coronavirus test 30 hours before flying. Against this background, the statement of the Orland’s commander Colonel E.Gunnerud sounds provocative. He noted that despite the possible delay deployment of B-1B Lancers and the emerging epidemiological situation in the country, the strategic bombers would be deployed in Orland.

Opposition politicians followed the public to protest. Lots of politicians noted that military build-up will lead to military conflict. In a letter to the Norwegian “VG”, the Red Party leader, B.Moxnes, stated that the deployment of the B-1B bombers was a new step by the Norwegian government to draw the country into a new Cold War between the United States and the Russian Federation. Other members of the parties also supported Moxnes. The socialist left-wing party leader, A.Lysbakken, criticized the government’s decision to deploy strategic bombers in Norway, and a labour party member, A.Huitfeldt, expressed support for a resolution of the emerging conflict in the Arctic region.

The current crisis between the country’s leadership and its society is developing with great strength. The official authorities ignore citizens’ grievances. Norway ‘s compliance with its allied obligations to the United States will continue to exacerbate the already difficult situation around the Arctic region. Official Oslo’s statements about Norway’s commitment to the policy of “deterrence and dialogue” towards the Russian Federation. This is evidenced by the Norwegian Armed Forces Long-Term Development Plan. The Norwegian government will spend 8.3 billion kr. more in 2024 than in 2020. The US itself is not willing to provide adequate support to an allied country. The neglect of quarantine measures and the deployment of 3 strategic bombers, instead of the previously stated 4, calls into question the United States’ fulfilment of its allied obligations to the kingdom. Tensions, anti-American sentiment and Norwegians’ mistrust towards the military leadership and the government will only grow. The presence of American soldiers will complicate the already difficult situation in the country.