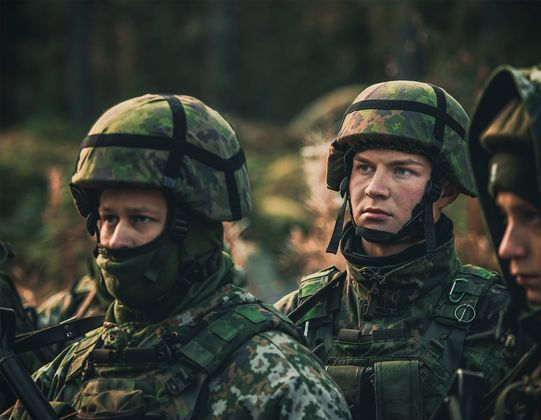 By: Christian Jukka
In: News
Tagged: Defence forces
With: 0 Comments

Less than one-third of 25 to 34-year-olds support the national conscription as it currently is.

Finns’ support for conscription and national defence has decreased, according to a survey by The Advisory Board of Defence Information (MTS).

The Finnish Constitution stipulates that every male Finnish citizen is obligated to participate in national defence. All Finnish men aged between 18 and 60 are liable to complete military service, and women can opt to do it on a voluntary basis.

Almost a quarter of respondents preferred a conscription that would apply to both men and women. The idea of voluntary conscription for both sexes, or a professional army got much less support.

The MTS survey has in previous years raised concerns after it emerged support for national defence was consistently declining.

This year’s respondents estimate Finland is less prepared for all threats – except for the threat of infectious diseases and epidemics – than last year.

Three-quarters of respondents said Finland has succeeded fairly well or very well in its handling of coronavirus.

According to the survey results, a military alliance is still not an appealing option for many people. Support for a Nato-membership seems to have stabilised at around 20 percent.