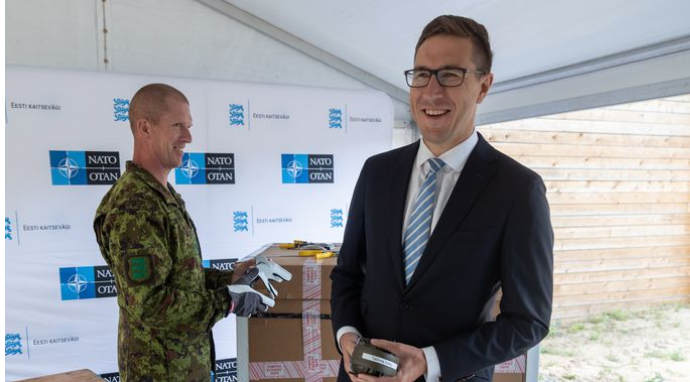 Commander of the Defense Forces Maj. Gen. Martin Herem shared his impressions after trying the Defense Forces new R20 Rahe assault rifle: “It reminds me of the Galil in terms of caliber and recoil. The sight makes it seem like a very comfortable weapon. Besides, the adjustable butt is a big plus.”

Estonia took delivery this week of the first batch of assault rifles made by the Lewis Tool & Machine Company (LMT) in the U.S. state of Iowa.

The first shipment included 1,250 assault rifles R20 Rahe, 250 sniper rifles TA-R20 and 70 rail mounted grenade launchers M203, as well as accessories. The weapons are modular and can be used in different configurations.

The Scouts Battalion will be the first EDF unit to take delivery of the new weapons, while all units should be armed with R20 Rahe rifles inside two years. LMT will supply a total of 19,000 assault rifles of which 10,000 are set to arrive this year.

The R20’s accessories, such as the rail mounted grenade launcher, optic sight or flashlight, are easy to install. The Defense Forces’ current small arms are more difficult in this regard, as well as being heavy and ungainly with accessories mounted. “The weapons we have today have been fired too many times and must be replaced,” Herem said
Suitable for right- and left-handed use

Sgt. Maj. Mario Nõlvak explained that the new weapon is more ergonomic and lighter than the assault rifles it replaces. Its breechblock, safety and breech closer are located on both sides of the assault rifle that make it more convenient for both right- and left-handed users.

“Until now, being left-handed has been a problem in the Defense Forces. It meant having to learn how to use right-handed weapons. That problem has been solved now,” Nõlvak said. 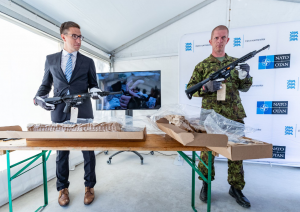 Head of the Defense Forces Headquarters’ training department Col. Mati Tikerpuu said that LMT instructors will be training 12 EDF instructors and technicians over the last two weeks of August who will then introduce the new weapon to EDF members.

The new arms will be reaching units come fall. Conscripts who started military service in July will still use current AK-4 and Galil assault rifles, while the new arms will reach them in due time and they will have undergone R20 training by the time they join the reserve.

Tikerpuu said that retraining will be simple for Defense Forces members who are used to handling firearms and a training session of one hour should be enough for a person to be able to successfully operate the LMT rifle. “Using a firearm is like driving in that if you can drive one type of car, you can quickly learn to use whatever kind of car,” Tikerpuu explained.

The Estonian Defense Investments Center and U.S. arms manufacturer LMT signed a contract for the new assault rifles on July 1 last year. The weapons will be supplied in six stages.

The EDF’s recent Galil and AK-4 assault rifles will be collected, serviced and stored for the general reserve. Those Galil rifles still in good condition will be used for the EDF wartime reserve and as replacement arms.

The R20 Rahe (hail) was named by a Defense Forces and Ministry of Defense committee and points to the discomfort experienced by those caught in a hailstorm. R20 stands for a weapon (relv) adopted in 2020.