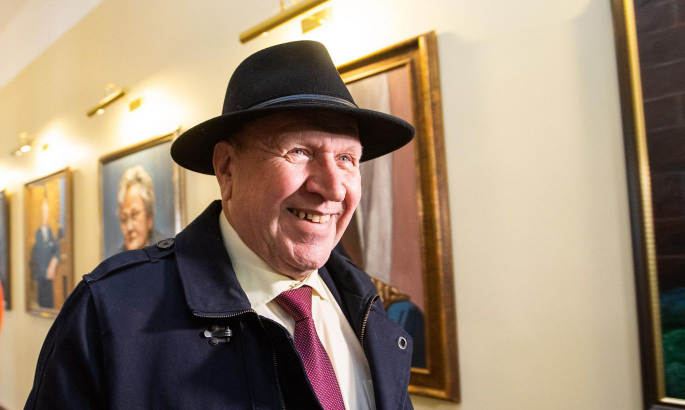 Estonian Interior minister: We are prepared to move to the opposition

The coalition Conservative People’s Party (EKRE) is willing to go all the way in the government crisis, even if the price is moving to the opposition, Minister of the Interior Mart Helme told Postimees in an interview .

What is the situation in the government? Will you resign?

No, I will not resign.

Have you considered resigning in the interests of the coalition and peace in the government?

It is necessary in terms of Estonia’s future for it to have clear moral beacons. These attempts at incrimination constitute the dismantling of the recent traditional and moral framework. It has nothing to do with attacks on the constitutional order. On the contrary – constitutional order, all freedoms are based on a single foundation – freedom of speech, lack of censorship.

The conflict in the government is over whether its members and Estonian citizens have freedom of speech or whether it is limited through some kind of restrictions. We cannot stand for limited freedom of speech. That is what lies at the heart of this conflict, not the person of Mart Helme.

How are you going about solving that conflict?

Political wisdom is a game of chess until there is a draw, one side capitulates or until the pieces are swept off the board.

Is EKRE willing to move to the opposition?

Yes, we are ready to go to the opposition. But we are also ready to partake in a different coalition.

If an agreement cannot be reached, we stand ready to go to the opposition, while we are also prepared to join an alternative coalition, as I said.

What kind of an agreement is sought?

We want our partners to recognize sections 40-45 of the Estonian Constitution. Section 45 closes with a simple sentence according to which there is no censorship! We want our coalition partners to recognize that fact. We have the right – whether we serve as ministers or not – to complete freedom of speech in terms of both mentality and views and their free expression.

Leading Centrists have condemned your statement.

If they believe that censorship and limitations on freedom of speech are core values in Estonia, there can be no common approach.

Therefore, you are willing to go all the way in this matter?

Absolutely. It is a fight for everyone’s most basic civil right. Freedom of speech is the foundation of all other freedoms.

Would you have said something differently in your interview (to Deutsche Welle – ed.) in hindsight?

I never suggested anything of the sort, that I want to expel people or that I hate someone. I said in a manner unfriendly toward homosexuals that I do not like the propaganda and aggression.

Would you be willing to continue in the coalition were the marriage referendum canceled?