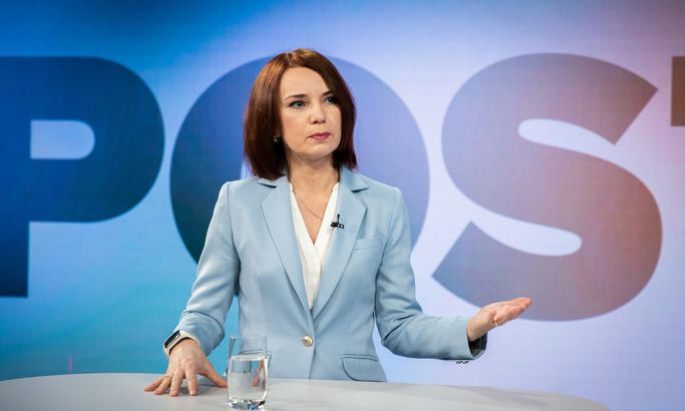 Estonian Minister: some 60 million must be cut

The Centre Party deputy chairman Jaanus Karilaid said that he recommends rejecting the state budget strategy, since he considers cuts and redundancies impractical in the present situation. How united was the cabinet about the cuts?

It is always easier to increase spending rather than revise customary spending patterns. The task accepted by all members of the cabinet was specifically the reduction o living beyond the means. Most of the state budget strategy negotiations were carried out, besides the ministers, in very close cooperation with Centre Party leader Jüri Ratas and Centre faction chairwoman Mailis Reps. I have no reason for doubting that the outcomes and agreements resulting from the negotiations will last.

As far as Postimees has learned, the Ministry of Finance submitted a project for discussion to the cabinet members, resulting in budget cuts for all ministries in 2022-2023. The amount of the cut is 5.2 percent of the actual operating expenses of the last normal year or 2019. Can you confirm it?

The figure is not precise but the size is correct. Since we are currently approving the bill of next year’s budget, we are speaking primarily of 2022. Specific decisions in every sphere will be made by the minister: where and in which way; how the customary spending patterns will be revised and options for cuts will be found.

This means, every minister was tasked with finding opportunities for cutting 5.2 percent in his sphere of administration?

I would not say that the minister was tasked with. It was a task adopted by every member of the cabinet. True, it is tough and not the easiest thing to do. Everybody has their own problems, but really, all members of the cabinet were willing to reduce living beyond the means.

This is really primarily an everyday activity, which makes it easy to increase spending; that is why it is necessary to critically review it after some periods. I think that it is particularly healthy at present after the private sector has made serious efforts in the crisis years to reduce their spending – I think that this solidarity is highly necessary.

What would that mean for the budget?

The amount is roughly 60 million euros. This is what the result of the spending cuts should look like next year.

Let us make it clear: what about defence spending? The Ministry of Finance recommended the government to make equal cuts in all ministries. But Minister of Defence Kalle Laanet assured that defence spending would increase according to the new budget.

Allocating two percent of GDP for national defence is a commitment this government considers very important and every year of the state budget strategy will see more money directed to defence than in 2021. The sum allocated for national defence next year will be larger than this year.

What would you tell those who criticize the cutting plan and recommend making more loans?

The situation where we presently are, where we must find ways of escaping from this rather large budget gap, is not easy, but it is inevitable if we consider the future. I think that everyone knows from their own personal budget planning that one cannot live beyond the means for a long time. And a state especially has to consider this.

The Reform Party and Center Party cooperation agreement contains the promise to speed up the planning of four-lane highways. As well as the promise to allocate extra funding for road construction from the EU finances. Yet it turns out that no extra money was found for the years 2022-2025. How is that possible?

The planning of four-lane highways is important in the sense that when economic growth, the budget situation makes it possible, we would have actually prepared projects and solutions which could then be implemented. In that sense the speeding up of planning is certainly important. Of course, the EU money as well, which would be additionally used for the construction, is also important. 159 million euro additionally is a quite important contribution.

Due to the bad prospects of the state finances all ministries had to find opportunities for making cuts in the state budget strategy and the Ministry of Education decided that one of the measures would be reducing the support to municipalities for children’s recreational activities by half: from the previous 14.25 million to 7.25 million. Is this really a place for cuts?

The minister of education has said that making cuts in the sphere of education and social welfare is painful, but one has to make complicated decisions besides distributing money. This was essentially the minister’s choice whether to find a way for making cuts which would enable raising teachers’ salaries after the corona year or not to raise their salaries. I think that this choice was understandable and I certainly consider it right that the minister of education supported the teachers’ wage rise this way. As for the recreational activities, there is actually more than 100 million euros worth of money the municipalities can use for organizing recreational activities. This 100 million from the state budget will be continued to be allocated for this purpose. Certainly, if you think about that amount, it is actually quite large.