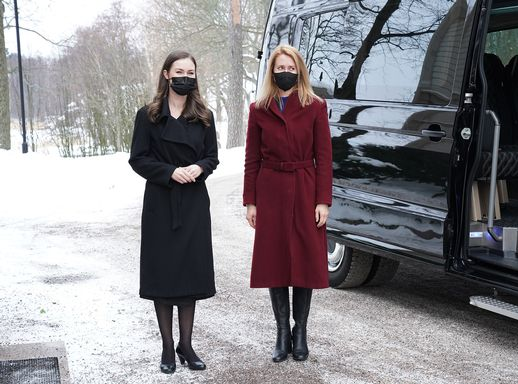 By: Christian Jukka
In: News

Kallas said that Estonian citizens could be permitted to cross the Finnish border again with either a negative coronavirus test or a digital vaccination ‘passport’, which is currently under development in a cooperative pilot project between Estonia and the World Health Organization (WHO).

Finland introduced stricter travel restrictions at the end of January, allowing only essential work-related trips. Finnish authorities defined this as “work that is important for the functioning of society or for security of supply” as well as certain special groups such as those involved in culture, sports and business.

A number of Estonian politicians–including a previous plea from Kallas and another from Foreign Minister Urmas Reinsalu–have urged the Finnish government to review the entry restrictions.

During her visit to Helsinki on Friday, Kallas met with Finland’s President Sauli Niinistö as well as with Prime Minister Sanna Marin (SDP).

The Estonian PM said that she understood Finland’s restrictions were due to the coronavirus pandemic, but she also emphasised how important it is for both countries’ economies to allow cross-border travel.

Speaking at the press conference following the meeting, Marin said that Finland would like to introduce mandatory coronavirus testing at all borders, and that her government had prepared a law change proposal that could make this possible.

Marin added that testing at the border could also be a solution for allowing more travel between Finland and Estonia, and expressed her support for the Estonian vaccination passport project.

Bilateral relations between Finland and Estonia, the management of the coronavirus pandemic, international issues and current EU issues were discussed between the two leaders during the meeting.