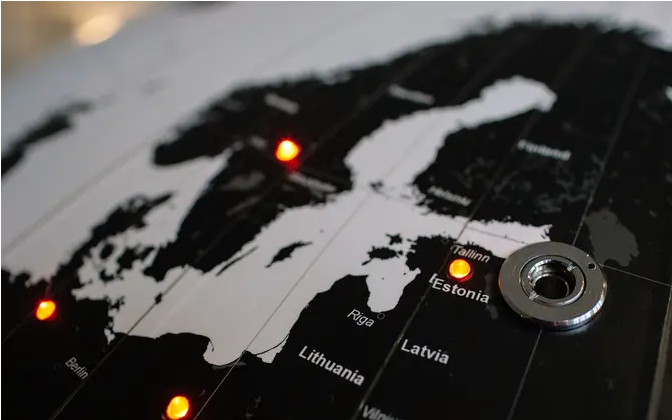 Experts: Energy crisis to continue at least another four years

No solutions to the current energy crisis can be expected for the next four years, although Russia cannot pressure the West forever, Economic Adviser to the President Kaspar Oja and economic experts Raivo Vare and Heidor Vitsur said on Vikerraadio’s “Välistund” on Monday.

According to Vare, the G7’s announcement Friday that it would impose a price cap on Russian oil has created a new situation, however its impact will depend on India, China and OPEC’s followup actions.

“They’re trying to create a new situation with this — and maybe also resolve the current energy crisis through it,” he said. “China won’t go along with it, most likely nor will India, as a result of which these two major buyers of energy carriers will likely sabotage this effort, which is a real shame. But even in this case, there’s hope that the new $40+ per barrel level will create a situation where it’s possible that these prices will go down as well.

Oil cartel OPEC, however, intends to simultaneously cut oil production in order to drive up prices. Russia is indeed earning record revenue, but it cannot use it for its desired goals.

“Russia is playing a tactical game right now — with it, it’s attempting by all means to achieve certain geopolitical results and break Western unity before winter,” Vare explained. “But this can’t actually be a long-term strategy, as Russia is already facing the issue that oil and gas production are both down. Recovery from this will take a very long time and a lot of money, which is why they’re trying to play this for as long as technically possible. Then Russia will be faced with physical constraints.”

According to Vitsur, it’s also a question of what drilling and production technology Russia has access to as well, as using outdated technology also reduces output.

The experts agreed that plenty more opportunities exist for imposing sanctions, however their impact isn’t great.

“We have to take into account that the majority of Russian exports are natural resources and you won’t win much with others,” Vitsur said. “There’s also grains, forest, fish. But the world is already facing a grain shortage and a shortage of wood.”

Oja noted that the key lies not in limiting Russian exports, but rather in what the West itself is selling.

“We can still limit technology, and perhaps we should take a closer look at that,” he said. “Right now we’ve monitored oil products being imported from Russia, but we should look at whether we’re sending technological equipment to Russia. Maybe we aren’t exactly sending parts used by missiles, but perhaps some sort of equipment that they could take [these parts] from.”

The presidential adviser believes that the course of the European economy will depend on what gets decided to limit energy price increases over the next few weeks.

“What’s clear is that if electricity futures indicate that the price will be €100 per megawatt-hour — and so they do — then the economy is going to do pretty badly,” he said. “But considering the political reactions, it’s hard to believe that nothing will be done about this.”

Primarily under discussion has been the possibility of decoupling the price of electricity from the price of gas.

“The price of gas does two things with electricity — first of all, electricity production has gotten much more expensive at plants that run on natural gas, but due to the nature of the market, profits have increased in plants whose costs aren’t directly dependent on the price of gas,” Oja said. “The question now is whether that can be brought down one way or another at the expense of these profits.”

According to the experts, the current energy crisis can be expected to last at least through 2025.

“The picture for gas is actually sad,” Vare said. “On a global scale, not just in Europe, the security of gas supply is connected first and foremost to liquefied natural gas (LNG) issues and will last through at least the year 2025, inclusive. Which means that price competition will continue and things will get even more painful in Europe.”

Oja added that Estonia’s own bigger energy-related investments are slated to be completed around the same time, and that the situation in the energy sector won’t improve any earlier than in 2025 or 2026.