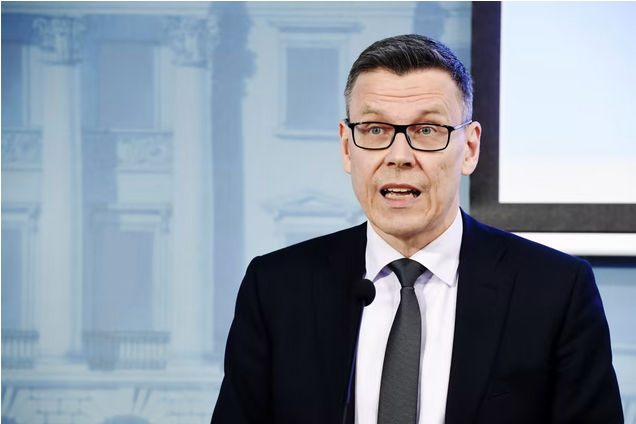 Meanwhile a leading economic think-tank predicts that the Finnish economy will enter recession by year’s end.

The Ministry of Finance predicts that Finland’s gross domestic product (GDP) will grow by 1.7 percent this year but will slow to 0.5 percent in 2023 before recovering somewhat to 1.4 percent in 2024.

Economic growth is being brought to a near-halt by rising prices, which are eating away at households’ purchasing power. On average, the ministry expects prices to climb by 6.5 percent this year and further predicts that inflation will be at its most rapid at the end of this year, before slowing down next year.

“Economic growth threatens to slow considerably as we approach next year, and the imbalance in public finances threatens to deepen. We could also face surprises, either one at a time or several at once, and we need to be prepared for that,” he added.

The ministry projects that domestic demand will begin to recover towards the end of next year, as inflation slows and real wages begin to rise slightly.

The world economy’s growth prospects for next year are also weaker than this year, which will restrain domestic investments, the ministry noted. However, the growth of exports should approach the same rate as the overall world market, even if Finnish companies are not able to fully replace their previous exports to Russia.

Rapidly growing employment and consumption have increased tax revenues and strengthened the public finances in 2021 and 2022, the ministry noted. However as economic growth slows, deficits and debt will start to grow again. State number-crunchers predict a sustainability gap of around 9 billion euros by 2026.

According to the assessment of the Ministry of Finance, current spending on public finances is not sustainable in the long term.

Jenni Pääkkönen, a senior financial advisor at the ministry, said at the press conference that there are more risks than usual in forecasting public finances.

These include growth of the government’s interest expenses, uncertainties in economic development, and hidden liabilities of the government, such as guarantees and subsidies for energy companies. In addition, the medical debt accumulated during the pandemic may still expand public spending.

“The forecast is perhaps exceptionally uncertain in these respects,” according to Pääkkönen.

On the positive side, she pointed to substantial appropriations that were set aside for dealing with the pandemic, but have not been used yet.

Earlier on Monday, the Research Institute of the Finnish Economy (Etla) predicted that Finland will drift into recession at the end of this year. The think-tank expects Finland’s economic growth to slow to two percent this year, causing Finland to drift into a slight recession. Next year GDP growth will remain at zero and in 2024 growth rise to 1.7 percent, it said.

Besides inflation, Etla noted that growth is being undercut by the tightening of monetary policies and the indirect effects of Russia’s attack on Ukraine.

Last week, the Bank of Finland forecast that the Finnish economy will shrink by 0.3 percent next year. According to the central bank, the energy crisis and the acceleration of inflation have increased the threat of recession.

The BoF predicts that the economy will grow by 2.2 percent this year thanks to a strong start to the year. However, the energy crisis will slow economic growth towards the end of the year, it predicted.