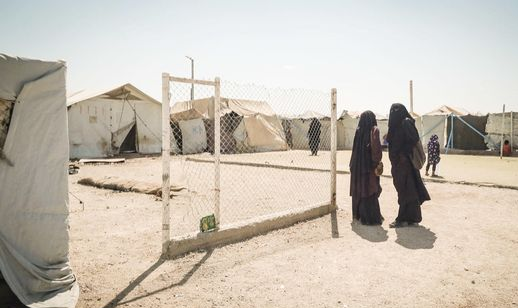 The Foreign Ministry on Sunday said it had evacuated six Finnish children and two mothers from northeast Syria.

The Foreign Ministry on Sunday said the mothers were repatriated together with their children and that these eight people were now in the care of Finnish authorities.

This is the first time the government repatriated mothers from Syria. The Foreign Ministry previously fetched two orphaned children from the al-Hol displacement camp. Other Finns fleeing from the camp in northeastern Syria have made their own way back to Finland. In practice, people have only been able to leave the camp with the help of smugglers or Kurdish officials from the Autonomous Administration of North and East Syria (NES).

The longer the children remain in the camps, without protection and education, the more difficult it will be to counter radical extremism, according to the ministry.

“It is not possible to repatriate only the children. In all actions, the best interests of the child shall be a primary consideration,” the ministry said in a statement, noting that “the basic rights of the children interned in the al-Hol camps can be safeguarded only by repatriating them to Finland.”

Around 15 Finnish children and ten mothers are still interned at the camp in northeast Syria, according to the ministry. There were at one time eleven Finnish women at al-Hol and around 30 Finnish children.

The Foreign Ministry said it had conducted the operation together with German authorities which also repatriated German children and mothers from al-Hol.

This week Foreign Minister Pekka Haavisto (Green) survived a confidence vote over his actions in sidelining a civil servant who disagreed with him over repatriating Finnish children from the camp.

Last year, Prime Minister Sanna Marin said it was up to ministry officials to determine whether Finland would extend help to mothers interned at al-Hol.

2020-12-20
Previous Post: Defence forces survey: Appetite for national defence and conscription has declined
Next Post: “We must find the strength to go on”: President addresses pandemic fatigue in New Year’s speech