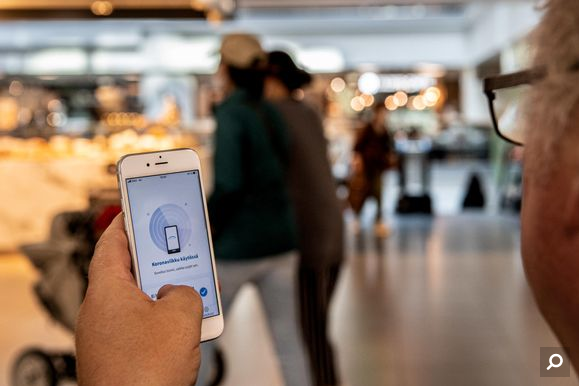 The THL smartphone app has had a high uptake so far, with around 40 percent of the population downloading it.

Finland’s coronavirus alert app Koronavilkku is now available in English. The Android version was released on Tuesday and the iOS app is in the Apple’s App Store from Wednesday.

The Finnish and Swedish versions of the app launched last month. Aleksi Yrttiaho of the Finnish Institute for Health and Welfare, THL, said it took a while to perfect the interface.

Huawei version on the way

The THL expert said that the agency is hoping that non-Finnish and -Swedish speakers will take to the app as well as the two-million-plus users who have already downloaded the Finnish and Swedish versions.

“I don’t have it at the top of my head but I know that there’s a couple of hundred thousand people whose native language is something else than Finnish or Swedish. We hope that we can get those people to download the app as well and use it as much as the Finnish population,” Yrttiaho said.

Yrttiaho said it’s no surprise that 40 percent of people living in Finland have decided to download the app. “Well first of all we are number one in the Digital Economy Index, so we are a nation full of tech-savvy people for whom using apps and applications and having access to smartphones is something that is part of our everyday life.”

He added that people in Finland also report a high degree of trust in the authorities and a good community spirit. He urged people to download the new English version and added that it is likely to offer a better user experience, since “most minor kinks have been ironed out by the Finnish and Swedish speaking population.”

A new version for Huawei devices is still in the works and is likely to be released later this autumn.