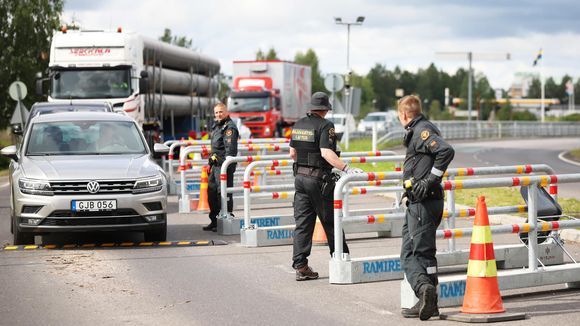 The coronavirus crisis has seen Finland spend more to secure the western border than has ever been seen during peacetime.

Costs have so far risen to nearly 13 million euros and hundreds of border guards have been relocated from other areas and even called out of retirement to work on the Swedish border.

Border Guards planning manager Lieutenant Colonel Jukka Ikäläinen said that there has never before been such a large number of deployments during peacetime.

“There have been internal border controls on the western land border as well as at harbours in Helsinki and Turku. During the coronavirus [crisis] there has been a total of 1,500 people implementing border controls,” he noted. 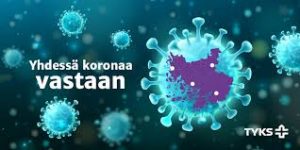 Government has earmarked a total of 12.9 million euros for the Border Guards in three separate supplementary budget appropriations to deal with the demands of the emergency. According to Ikäläinen, roughly one-third — four million euros — has been spent on the western border.

“The large sum is due to the fact that considerably more work has to be done on evenings, weekends and at night. There is also significantly more overtime that during regular work. The second-largest cost has been travel and accommodation expenses,” he added.

According to Ikäläinen, there has been no shortage of volSnteers for duty among the ranks of retired Border Guards.
Personnel reassigned from eastern to western border

Finland does not normally monitor the border with Sweden as both are members of the Schengen Area that permits the free movement of people and goods and where there are consequently no border checks.

However the coronavirus pandemic saw many countries in the EU, including Finland, temporarily close borders to non-essential travel and reintroduce checks to slow the spread of the virus.

Since the government first declared a state of emergency in mid-March, the Border Guards have moved personnel to Tornio on the northwestern border from places such as Vartius, on the eastern border with Russia. The redeployment of Border Guards to enforce internal border checks will continue until 11 August.

Traffic at the western border has declined greatly: when coronavirus restrictions were at their strictest, the number of people crossing the border fell to just a fraction of regular numbers.

When people regained the constitutional right to leave the country for purposes such as shopping in border towns, the number of border crossings rose temporarily, but remained much lower than the nearly 40,000 daily crossings that had been the norm.

It was initially thought that only people who needed to work or travel for essential reasons would attempt to cross the border. However the Border Guards soon found that other people tried to exercise their constitutional right to leave the country for what was deemed non-essential purposes during the height of the epidemic in Finland.

As a result they have had to deal with the brunt of people’s resentment for being prohibited from crossing the border as freely as they used to.

Finland has since reopened its borders to welcome visitors from 28 countries. However the western border with Sweden remains closed due to the epidemic situation there.