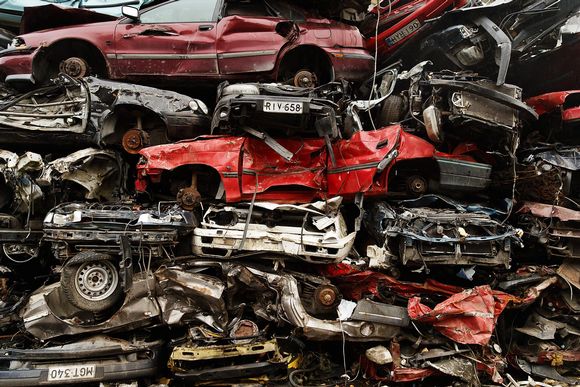 Government is looking to reintroduce a highly successful “cash for clunkers” programme to encourage motorists to trade in their old jalopies for more environmentally friendly newer vehicles.

The government intends to offer the financial incentive throughout 2021. According to a government proposal, the cash would be offered to private individuals wishing to trade in a carbon-spewing old vehicle for a newer one with cleaner emissions.

Most recently, the scheme ran for one year until August 2018. At the time traffic agency Trafi reported that the programme brought 6,600 new cars on Finnish roads.

A new twist in the plan is to extend the incentive to people who would like to transition from the a car to a power-assisted bike or to using public transport.

“The cash incentive is the first activity on the roadmap toward fossil-free transportation. It will in part help meet emission reduction goals, as it will support the purchase of low-emission vehicles or a transition to an electric bicycle or public transport,” Transport and Communications Minister Timo Harakka said in a statement.

To qualify for the cash grant, applicants should be planning to acquire a gas-powered, fully electric, rechargeable hybrid or other kind of vehicle with carbon dioxide emissions of a maximum of 95 grams per kilometre.

Chair of the Finnish Central Organisation for Motor Trade and Repairs Pekka Rissa pointed out that the automobile trade ground to a halt as a result of the coronavirus shock, especially during the spring. New car orders were up to 70 percent lower than the year before and next year hardly looks any better he noted.

“The cash for clunkers scheme is absolutely a good addition for next year,” he added.

However he criticised the 95-gram limit, which he described as too strict. Fully electric and rechargeable hybrid cars would easily meet the requirement, however their prices are still out of the reach of many, he said.

“We also need to include small combustion engine cars and light hybrids, so that people can get their hands on them,” he explained.

Sales manager for Helsinki Regional Transport (HSL), Matias Sarkkinen described the government’s decision to extend the scheme to allow drivers to trade in their old cars for public transport tickets as a pleasant surprise.

“At first blush it sounds good. HSL’s goal is to increase public transport use,” he added. According to the HSL manager, the proposal promotes the use of season tickets that will require people to commit to long-term use of mass transit vehicles.

The government proposal will see the state pay drivers a bonus of between 1,000 and 2,000 euros, depending on the car’s engine power.

The grant would be a maximum of 1,000 euros for motorists who decide to switch to an electric-assisted bike or public transport ticket.

In September, electric cars and rechargeable hybrids accounted for a quarter of all new car registrations.

People shopping around for fully electric cars can already take advantage of a 2,000 euro procurement grant. Rissa noted that when combined with the cash for clunkers incentive, the funding support could offer up to 4,000 euros, which would go a long way toward purchasing a small electric car. New models are due out on the market next year.