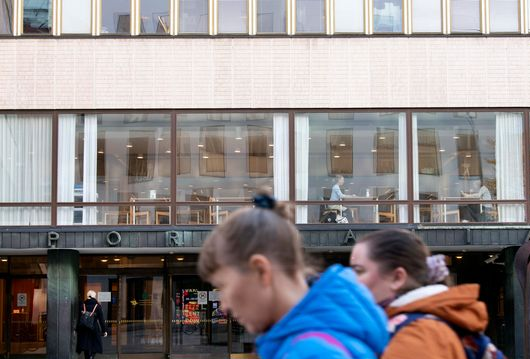 A report issued by the Ministry of Finance in Helsinki on Monday has questioned whether Finland can be considered a Nordic nation any longer, in light of the growing economic gap between the country and its closest countries of comparison.

The startling question is based on the Ministry’s projections that economic development in Finland has lagged behind Sweden and Norway. In addition to other Nordic countries, Germany and the Netherlands are running far ahead of Finland.

While it is now projected that the Finnish economy will grow by 10 percent during 2019–2030, in Sweden and Norway the rate is double that, at 20 percent, for the same period.

The Ministry of Finance attributes the difference in growth rates between Finland and its Nordic neighbours, Sweden and Norway, to a number of factors, but especially by the clear increase in the working-age population in those countries brought about by net immigration.

In Finland, the core problem of the labour market is the mismatch between the unemployed and job vacancies. This means that there are not enough qualified job-seekers to fill positions in sectors suffering labour shortages. According to the ministry, demand could be met by recruiting workers from abroad.

“Net immigration should increase clearly from the current annual level of about 18,000 individuals, and the share of immigrants in the labour force should be increased,” the report concludes.

In addition to the smaller number of immigrants in the country, those who are resident have a lower level of employment in Finland than in the other Nordic countries.

The Ministry estimates that the ability to respond to the shortage of skilled workers through immigration essentially depends on the number of immigrants and their education. According to the studies cited in the report, the employment rate of people with a refugee background is lower than that of other immigrants, but employment can be improved through various policy measures.

According to the report, Finland’s weak employment rate and stagnant investment levels will also continue unless reforms are forthcoming.

In addition to the shortage of skilled labour, the report also lists several other factors that explain Finland’s weak employment rate.

Among other things, it notes that 10,000 secondary and vocational school students drop out of school and do not continue their education. The situation has shown little improvement in recent years.

Automation is expected to impact mid-level jobs in particular, with each robot lowering the employment rate by 2.75 people.

One more crucial issue in the economic outlook is the low level of labour productivity in Finland.

“Labour productivity has grown modestly in Finland and will continue to lag behind the comparison countries,” the ministry’s report predicts. However, it also notes that the basic conditions for improving productivity are “better than they appear at first glance”.

Investments in research and development in Finland are still at a high international level in relation to the size of the economy. However, the report poses the question why, despite good starting points, productivity in Finland has been so weak in recent years. The answer it gives is that the transformation of the technology sector that was exploited during the 1990s is no longer supporting productivity.

“In order to achieve the same amount of innovation and development in productivity, more investment in research and product development are needed than before,” the report concludes.

As a remedy, the Finance Ministry proposes steps be taken to ensure that young companies in particular receive adequate funding for their R&D projects.