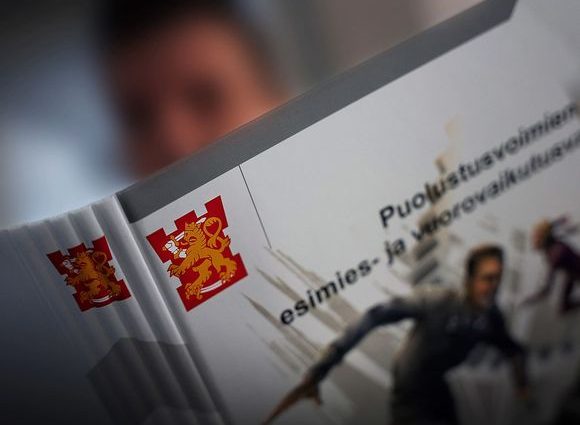 A “culture of silence” within the Finnish Defence Forces is preventing abuses by supervisors from being reported and effectively tackled, according to a new report by Yle’s investigative journalism unit MOT.

“If you make any criticism, it may harm your career,” Ville Viita, chair of the Finnish Officers’ Union, told MOT. The union is a professional organisation for officers of the Finnish Defence Forces and of the Finnish Border Guard.

During its investigation, MOT interviewed fourteen former and current Defence Forces employees, as well as investigators, prosecutors and other specialists. Additional material was obtained from judgments received by officers in the courts, complaints to the Ombudsman and internal documents of the Defence Forces.

The interviews form an image of an organisation whose employees have a strong motivation and desire to work in the Defence Forces. But there was a darker side too — fear of revenge sometimes prevents employees from reporting or complaining about inappropriate behaviour by their supervisors. Because of this, MOT’s interviewees wished to remain anonymous.

The investigative report also uncovered evidence that high-ranking officers have been convicted on several occasions of serious crimes such as sexual harassment, abuse of a supervisory position and job discrimination.

Officers can serve in many different roles within the Defence Forces, including in management, planning and training positions. Their mutual code of conduct emphasises a ‘brotherhood’, the establishment of which begins during their training at the National Defence University.

“When raising grievances, an officer may be considered to be challenging this ‘brotherhood’. That’s one reason why it’s difficult to point out problems. Another thing is the career risks that may arise from [raising] them,” said occupational researcher Katri Otonkorpi-Lehtoranta.

A lieutenant colonel interviewed by MOT said that he experienced this first-hand as a witness in a preliminary investigation into his supervisor who was suspected of service crimes and discrimination. A service crime is defined as involving any voluntary and negligent disobedience of orders and regulations.

The prosecutor eventually decided not to bring the supervisor’s case to court, but the lieutenant colonel’s career development was hampered after being assigned to a lower position following the investigation. This was a significant setback to an employee who had worked in the Defence Forces for nearly twenty years.

“At the same time, all communication and the entire atmosphere between me and my supervisors also completely changed,” the lieutenant colonel recalled.

MOT reviewed more than 130 military crime cases handled by the Helsinki Court of Appeal over the past ten years and found that 20 of those convicted were high-ranking Defence Forces officers. These crimes included abuse of supervisory positions, service crimes, sexual harassment and employment discrimination.

Some of the other abuses uncovered by MOT included favouring relatives for certain positions, bullying subordinates, alcohol abuse within the workplace and commissioning arrangements for the Forces’ 50th anniversary celebrations in conjunction with a stakeholder meeting.

In some cases, the abuses were found to have continued for years without being addressed.

The decisions of the Court of Appeal also included a case in which a lower-ranking officer was found guilty of a service crime, employment discrimination and an occupational safety offence because the officer had not intervened for years with regard to sexual harassment being committed by a supervisor.

The supervisor convicted of sexual harassment was later awarded a First Class Order of the Lion of Finland honour.

Problems ‘swept under the carpet’

Other interviewees told MOT that a strong hierarchy within the Defence Forces makes it impossible to intervene in higher-level activities. Violations and even suspected illegalities are hidden and, according to the interviewees, the cases that have progressed to court are just the tip of the iceberg.

“I’ve seen a number of examples of things that are to be managed ‘by the boys’ or within the ‘family circle’. It is essential that the Defence Forces’ image or reputation is kept clean to the last and give the impression that there are no systematic or recurring grievances,” the lieutenant colonel said.

The Defence Forces’ tendency to sweep problems under the carpet was also uncovered by the University of Tampere’s Work Research Centre.

“Non-interference in issues was seen as a constant problem within the Defence Forces,” Otonkorpi-Lehtoranta said.

Many interviewees also said that they believe personal relationships have become too important within the Defence Forces. Last year, a former personnel manager with the Navy spoke about the hyvä veli (‘good brother’) network in an interview with local news conglomerate Lännen Media.

The term hyvä veli alsocame up on several occasions during the interviews conducted by MOT.

“The ‘good brother’ network is quite strong within the Defence Forces. I’ve been told, too, that it doesn’t matter what you do, it’s who your guy is. Personal relationships are really important for career development, and the higher you go in the hierarchy and military ranks, the more important it is,” the lieutenant colonel told MOT.

The lieutenant colonel added that in order to promote career development, it was recommended that he join a certain hunting group or gentlemen’s club, which had generals as members.

Commander of the Defence Forces Timo Kivinen strongly denied the existence of any ‘good brother’ network.

“The idea that there is somehow a good brother network here that takes care of things is not true. The premise is always that if an abuse is highlighted, then the supervisor is obliged to address it and the subordinate is also obliged to bring out the abuses he or she finds,” Kivinen said.

He added that he is not worried about the working atmosphere within the Defence Forces, but at the same time does not deny the experiences of individual employees.

“There are probably individuals who feel that they could have been treated differently in some specific situation and by their supervisors. When I go around to meet the troops and talk to conscripts and staff, there is always a good and positive feeling,” the commander said.

“10,000 [people] responded to last year’s work environment survey anonymously, voluntarily. They consider our special strength to be the activities of supervisors, the content of their own job and the spirit of togetherness,” Kivinen said.

In practice, supervisor assessments only extend to the middle management level, as heads of units do not have the opportunity to answer assessment questions about their own supervisors in the work environment survey.

MOT’s interviewees also revealed that Defence Forces employees do not always dare to answer work atmosphere surveys honestly. The same issue has been raised in equality surveys conducted by the University of Tampere’s researchers.

“There are people who have experience of the improper reviewing of the responses to the work environment survey. In other words, if the supervisor has not been satisfied with the results, this may appear in some way in the presentation of the results,” Otonkorpi-Lehtoranta pointed out.

“Each individual is responsible on the basis of his or her own feelings. Yes, we encourage people to report such grievances,” he said.

The culture of silence

The lieutenant colonel secretly recorded the conversations with the supervisor, and MOT has listened to the recordings. The discussions refer to several cases within the Defence Forces where the system has silenced critics in one way or another.

“Within this system, if bad blood rises, then the system will react. Yes, the means to do so can be invented for that, I say this now honestly. Is it worth doing, that is my tip. Is it worthwhile to become a martyr,” the supervisor said on the recording of the conversation.

MOT informed Vesa Virtanen, Chief of Staff of the Defence Forces, about the recording and asked for a comment.

“I don’t know about this case. If this has been done, then it is completely improper. By no means should this be the case. The aim of the development discussion is to present areas for improvement on both sides,” Virtanen commented.

When complaints within the Defence Forces proved to be unsuccessful, the lieutenant colonel contacted the police, who conducted a preliminary investigation into the matter. However, the prosecutor did not see a direct link between the events described by the lieutenant colonel and the impediment to career development, so no charge was filed.

“It was a tough decision and I considered it for quite a long time. The reason for the departure was precisely the conflict of values, that is that the values of the Defence Forces as an organisation did not, in my opinion, materialise in practical work, at least at the level where I myself worked. This discrepancy was the reason that eventually made me leave,” the former lieutenant colonel explained.