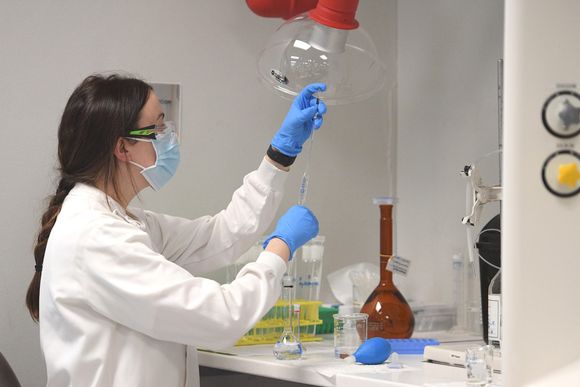 The European Medicines Agency (EMA) has begun reviewing market authorisations for two coronavirus vaccine candidates. Vaccine experts told Yle they believed the first vaccines could go on the market by the end of the year.

“It’s possible that we could still get the vaccine this year, but I still believe it’s more likely that it will take until early next year,” said chief physician Hanna Nohynek of the Finnish Institute for Health and Welfare (THL).

Next week the European health regulator is convening over two Covid-19 vaccines: one being developed by Pfizer and BioNTech, the other a collaboration between AstraZeneca and Oxford University.

Jukka Sallinen of Finnish Medicines Agency Fimea said the EMA had started a rolling review of the vaccine, meaning the watchdog would carry out assessments of the vaccines as data becomes available. Manufacturers must usually submit all of their data before reviews can move forward.

The EMA has, however, said it will complete its assessment according to its usual standards for quality, safety and effectiveness.

“The process should be shorter than a regular evaluation due to the time gained during the rolling review,” the agency said in a statement.

Initial testing on humans could start by the end of the year, according to Sallinen.

Once available, EU member states can purchase Covid vaccines according to a country quota system. With a quota of 1.2 percent of the initial batch, it is clear everyone in Finland won’t be inoculated right away.

It’s also possible that a coronavirus vaccine would only receive a limited sales permit. This means a vaccine would be restricted to age groups included in clinical trials, such as 18-55 year-olds.

Finland is now preparing a Covid vaccination programme due to be completed in early November.

So far it seems as though children won’t be included in the first wave of vaccinations.

“This is because they generally have mild symptoms or none. There also haven’t been enough studies in kids to determine how effective and safe it would be for them,” she added.

Finland has joined a deal struck by the European Commission to buy AstraZeneca’s vaccine if it gains the EMA’s approval.