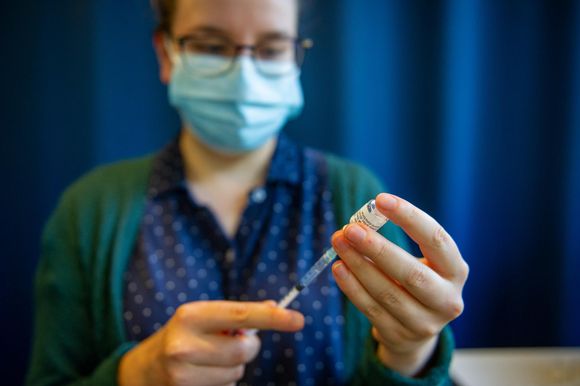 Residents of the Helsinki region can now bring forward appointments to receive their second dose of Covid vaccine by four weeks, shortening the interval between doses from 12 to eight.

Helsinki, Espoo and Vantaa councils now say that residents can get their second dose between eight and twelve weeks after they received the first jab.

Few slots are available in the coming weeks, however, due to a high number of second dose appointments already booked in.

Slots for Uusimaa residents can be brought forward on the koronarokotusaika.fi website.

Finland’s health agency THL still recommends a twelve-week interval between doses, stating that the longer gap improves the effectiveness of the vaccine and makes immunity last longer, but says local authorities can adjust that interval to ensure doses and slots don’t go to waste.

“In order to avoid idling, the vaccination interval can now be slightly reduced by a few weeks at the discretion of the local hospital district, so that vaccinations run smoothly and no time is wasted,” said Anniina Virkku, who was a guest on Yle’s Radio Suomi on Monday.

On Tuesday, Kirsi Varhila from the Ministry for Social Affairs and Health joined the call for a shortened interval, saying that municipalities and healthcare districts should be proactive in using up spare capacity.

“Shortening the interval between doses would definitely be appropriate in those towns where it looks like vaccines will go unused because people are delaying appointments till after the holidays,” Varhila told Yle.

“In some places there could be a lot [of doses]. It would absolutely be good if those regions and towns strongly consider the possibility of reducing the gap.”

Oulu and the Helsinki region have already taken that decision, and Varhila said she would like THL and municipalities to consider models for getting unused vaccines into arms. Drop-in centres would be one way, she said.

She also said THL could consider changing its recommendations on vaccine interval to reduce the 12-week wait.

Helsinki has opened ‘pop-up’ vaccination points for first doses in an effort to get more people to take their first shot, with one located at Vuotalo in Vuosaari on Thursday and another at Kontula Library on Tuesday.