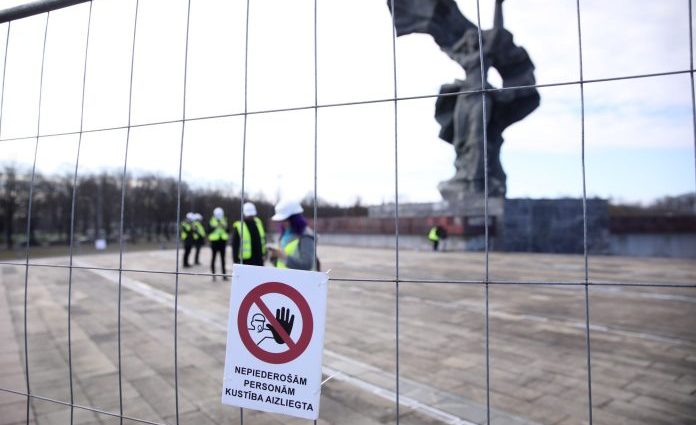 Members of pro-Kremlin political party in Latvia – Latvian Russians Union – threaten with «war» if Victory Monument is tampered with, as reported by Neatkarīgā Rīta Avīze (NRA).

«Any attempt to move the monument by even a millimetre will be equal to declaration of war, and we won’t be taking prisoners.» The author of this announcement is LKS council member Jevgēņijs Osipovs. Other members and similarly-minded people share this text, which was originally published in 2013, but is now brought back under the spotlight, NRA reports. It was published on social media by Osipovs, his wife, party members and other people, as well as secret and open supporters of Russia’s operation in Ukraine.

NRA also reports that the State Security Service has issued a warning to the party in accordance to Part 12 of Section 19 of the Law on State Security Institutions.

«The aforementioned part of the law provides VDD with the right to issue warnings to private and legal persons, political parties included, that criminal acts directed against State security or may harm it is unacceptable. Unlike the Law on Political Parties, the Law on State Security Institutions does not provide a term for compliance with warnings. If a political party engages in illegal activities after receiving a warning, VDD will use mechanisms at its disposal to prevent that.»

That’s an unusual situation when a rather big (or even the biggest) ethic group in a country can threat the government.