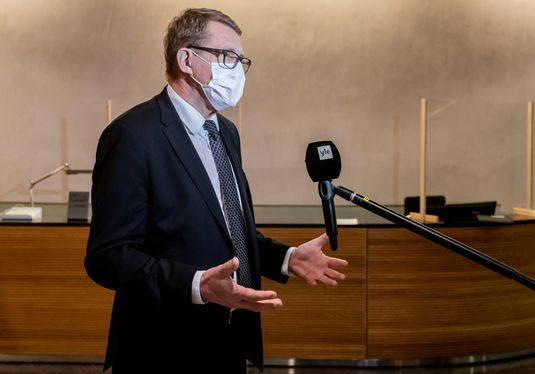 A majority of parliamentary groups have expressed their support for Finland’s participation in the EU’s Covid recovery plan.

Minister of Finance Matti Vanhanen (Cen) said that EU’s joint plan supports Finland’s and the EU’s recovery from the economic crisis caused by the coronavirus pandemic.

Government parties’ MPs seem to have fallen into line behind the plan, with no opposition from those groups expressed during the debate. Opposition NCP expressed its support too.

Lulu Ranne, who spoke on behalf of the Finns Party said that EU’s common debt recovery plan would not work.

“Since 2015 alone, the European Central Bank has added 2.8 trillion euros in debt in the EU economy. Investment has not increased much since then, but the anaemic growth in GDP has been based on the constant pumping of borrowed money into the economies of EU countries,” Ranne said.

“It is more than twice as much as we would get for our own use. If we imagine that debt relief works, we should use the entire 6.6 billion euros ourselves directly for the benefit of Finland, as we see fit,” Ranne said.

Juhana Vartiainen (NCP) said that the recovery fund is an imperfect compromise, but suggested that he thinks a compromise is better than deepening division in Europe.

“Even the imperfect outcome of the negotiations shows that Europe is capable of acting and agreeing. The advantages for Finland outweighs the flaws in the outcome,” Vartiainen said.

Vartiainen added that the NCP would have liked the government to have demanded conditionality in the talks, with member states required to undertake structural reforms to benefit.

According to Antero Laukkanen from the Christian Democrats, the introduction of a new funding mechanism is not wise.

“The government has opened the door to new financing mechanisms that do not build an economically sustainable and stable Europe. If we enter through this door, a future filled with debt lies ahead of us,” Laukkanen said.

2020-12-02
Previous Post: Two thirds of Finnish troops in Afghanistan sent home
Next Post: Finland may get coronavirus vaccine before year’s end, but no return to normal in sight