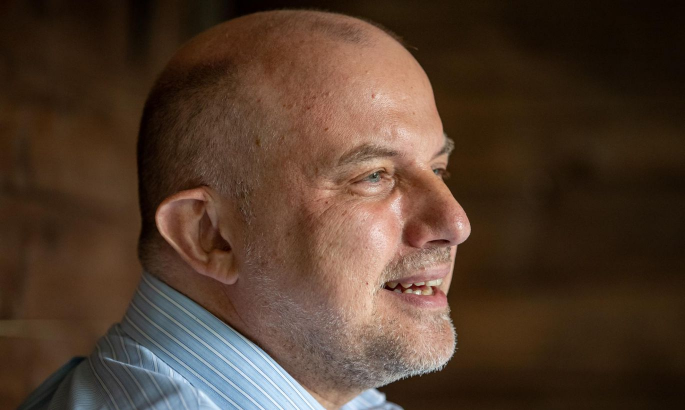 Diplomat Jüri Luik, who has also held several prominent political positions in the last 30 years, is being considered for president. Our conversation did not linger on the topic long, however, as Luik said that to the best of his knowledge, corresponding political consultations are ongoing and not public.

He emphasized that he is making preparations for leaving for Brussels as that is where his work will take him come September. We spent longer talking about NATO and its role in ensuring Estonia’s security.

I imagine you are no stranger to Brussels?

This will be my third time in NATO. My main task will be to find ways to strengthen Estonia’s defense and deter the adversary. Of course, there are many things than can be done if a crisis should prove unavoidable. My defense ministry background is sure to work to my advantage.

You are headed for Brussels during an interesting period when NATO is putting together its new strategic concept. What should NATO prioritize and could we be talking about a new quality?

I believe we should reinforce the elements NATO already has. There are two dimensions the first of which is the foundation of value-based world order. The transatlantic bond is set in stone in NATO.

The second topic is defending Estonia. NATO is of existential importance for Estonia. Imagining Estonia outside of NATO, in a position similar to that of Ukraine. Without compromising our westward orientation – which the Ukrainians are not doing – we would surely draw Moscow’s ire.

The difference would lie in our weakness that would allow Russia to put pressure on us, unto war if necessary. Therefore, belonging to NATO is a guarantee of peace for Estonia. There are only two choices where we are: you can either be a NATO member or belong to Russia’s sphere of influence.

Could core NATO members entertain other choices? It seemed that NATO was not high on the priorities list of the previous U.S. president, whereas we cannot rule out others having similar ideas. Could other members ask themselves why they need us?

Interestingly enough, protecting small countries was the impulse that created NATO. Let us recall President Harry Truman’s 1949 Senate speech in which he explained the need for NATO and its benefit for the States. He talks at length about small counties for which solidarity is especially important.

Great wars have started from disputes over small countries. Peace in Europe mattered to the Americans after they had to come to the aid of Europeans twice in the 20th century. It was a very strong motivator.

Can we still say that in the current global-strategic situation where China has become America’s main adversary?

USA will continue to stand firm in the defense of its European allies, while China has indeed become a major topic. The Americans are increasingly seeing China as a security threat and a military one in the Southeast Asia region. Europe is more ambivalent when it comes to China.

Looking at the final communique of the recent NATO summit, Russia and China are very finely separated. Russia is clearly and directly described as threat, while China is said to pose systemic challenges to the world order.

As someone who has taken part in similar talks, I can imagine the delegates spending all night trying to find just the right words to fit everyone’s agenda. President Joe Biden regarded recognizing the Chinese threat as one of his greatest achievements at the summit.

Doesn’t this entail the danger of the rhetoric of diplomats and politicians becoming a glass bead game no one can make heads or tails of at the end of the day? People sometimes even fail to realize why cooperation between states requires so much effort. How better to explain diplomatic messages?

The times favor sharp and even brutal statements. Diplomacy is seen as beating around the bush. That is a mistake. When diplomats stop talking to each other, there is trouble, which can culminate in weapons doing the talking instead.

True, we are living in a global information society where the public knows a great deal about what is happening in diplomacy. It is quite difficult to play a glass beads game in modern diplomacy. That is why public pressure on diplomats is greater and diplomacy is far more vulnerable to domestic policy today. The desire to understand other nations suffers, while it is an important aspect of diplomacy.

How to characterize NATO’s relationship with states that are not its members but remain important allies – Georgia, Ukraine, Sweden and Finland?

The said countries are NATO’s Enhanced Opportunities Partners (EOP). Finland and Sweden are very close to us in every imaginable way, both politically and militarily speaking. All one has to do to understand their importance is look at the map. When it comes to Ukraine and Georgia, Estonia would support their faster accession, while there is no such consensus today. I have told Ukrainians and Georgians that the feeling one gets of the Baltics’ NATO accession having been a natural process is greatly misleading.

In truth, we managed to take advantage of an unexpected opportunity. It was a very specific almost keyhole through which we got in. The important thing was that we were ready at the time, we had done our homework.

But our preparedness was just one element as chance was also on our side. First of all, the Bush administration wanted the U.S. to play first fiddle in reunifying Europe. Secondly, Putin had just come to power and was still prepared to cooperate with the West. The third and tragic aspect was the 9/11 attack in New York and the fact that for a moment, Europe was borderless in that all states were united against terrorism.

Our national security is neither automatic nor easily achieved. We have made great efforts, while the contribution of our allies remains considerable. I suppose these efforts need to be sustained to maintain the current level?

We need to keep in mind that defending us is a great expense and effort also for other countries. It is hugely expensive to maintain a battalion in Estonia. Modern fighters are very expensive. NATO wants a battalion stationed in Estonia. But NATO lacks an army. That battalion will be coming from a member state.

A member state will get to demonstrate its solidarity by stationing a battalion. The same goes for air policing. The mission rotates every four months.

This means that ever four months, a NATO country decides to send its fighters to Ämari or Siauliai. Mutual relations are of key importance and require constant efforts. We have hosted not just northern and central Europeans but also Italians, Spanish and Portuguese – our allies in the south. It sends another strong message of unity.