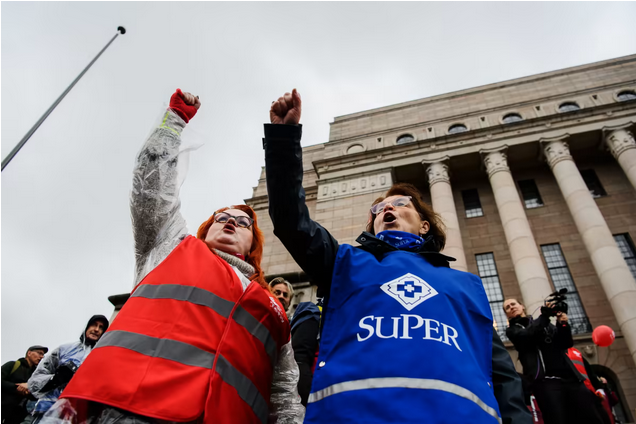 Finnish MPs on Monday approved the controversial Patient Safety Act, by a vote of 109–38. One MP cast a blank vote while 51 MPs were not present.

Ahead of hours of debate among legislators in Parliament on Monday, healthcare workers’ unions have said the law could effectively force nurses to work during strikes.

Minister of Family Affairs and Social Services, Aki Lindén (SDP), has said that the legislation is about patient safety and the result of nurses’ unions threats to launch mass resignations.

Healthcare workers’ unions Super and Tehy have characterised the Act as a forced labour law which would limit nurses’ rights to strike while not offering long-term solutions to the country’s nursing shortage.

The new law could compel nurses to go back to work if they resign en masse, as nurses’ unions have threatened to do.

Unions have said the act will pose a greater threat to patient safety than striking nurses.

Meanwhile, the National Mediator’s office announced in a tweet on Monday afternoon that there are plans to continue negotiations surrounding the nurses’ labour dispute all of this week.

Aksoon Monday, Helsinki District Court issued an order banning a strike by home health care workers planned in the city this week, an industrial action called for by the unions Tehy and Super.

The City of Helsinki told news service STT that the district court had approved the City’s request to prevent the strike from taking place.

The court also said the unions, which issued the strike warning, would each face a one million euro fine if the strike was carried out.

The unions announced plans for a four-day strike affecting city workers who provide home care services for the elderly.

More than 800 elderly clients would have been affected by the planned strike.