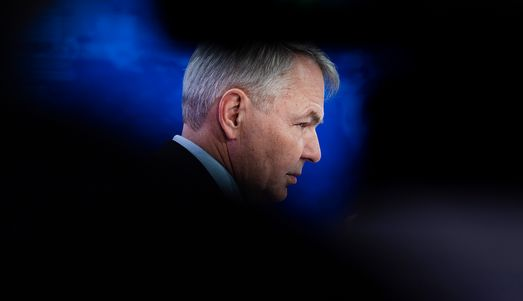 Police detained more than 3,000 people and used force to break up rallies across Russia on Saturday as tens of thousands of protesters ignored extreme cold and police warnings to demand the release of opposition leader Alexei Navalny.

He was detained a week earlier as he returned to the country following an attempted poisoning there in August. Those arrested on Saturday included his wife, Yulia Navalnaya.

In a tweet on Saturday evening, Haavisto said: “Today’s arrests of peaceful protesters in Russia, including Yulia Navalnaya, are not acceptable. Those detained should be released. Safety and working conditions of journalists should also be guaranteed.”

Haavisto added that EU foreign ministers will discuss the latest events on Monday.

Haavisto made his comments while a retweeting a post by EU foreign affairs chief Josep Borrell, who said: “Following unfolding events in Russia with concern. I deplore widespread detentions, disproportionate use of force, cutting down internet and phone connections.”

President Sauli Niinistö then retweeted Haavisto’s and Borrell’s comments, adding: “A serious situation in Russia. A common line of action needed from foreign ministers on Monday.”