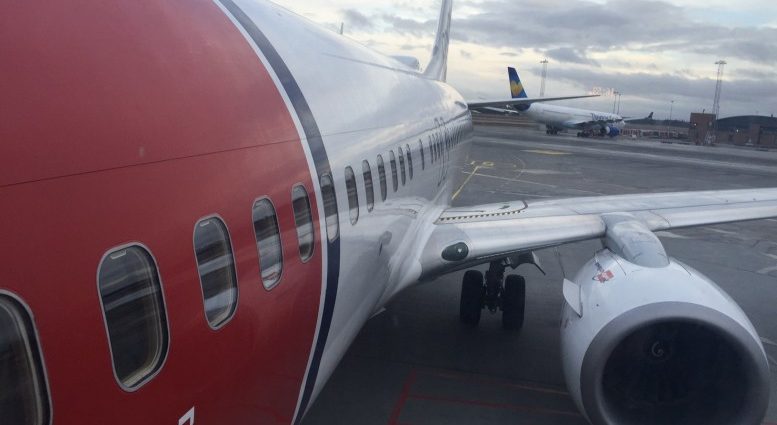 Norwegian today reported its results for the first half year of 2020. The figures are as expected heavily impacted by the COVID-19 pandemic with a net loss of NOK 5.3 billion. During the first half of 2020, 5.31 million customers travelled with the company; a decrease of 71 percent compared to the same period last year. Norwegian successfully converted debt, gained access to state guaranteed loans of NOK 3 billion and conducted a public offering, in addition to implementing a series of cost-reduction measures. Still, Norwegian is facing challenging times ahead.

Before COVID-19, Norwegian had guided the market of a profitable 2020 and the best summer ever. Strict government travel advice and the following drop in customer demand forced Norwegian to ground 140 aircraft and furlough or lay off approximately 8,000 employees. In the second quarter, Norwegian only operated 7-8 aircraft on domestic routes in Norway. Following a successful restructuring process, the company gained access to the Norwegian government’s loan guarantee of NOK 3 billion and an additional NOK 0.3 billion from commercial banks.

“When we entered 2020, we were expecting a positive result and the best summer ever, thanks to successful cost-saving initiatives and a more efficient operation. Then we were hit by COVID-19 and customer demand literally stopped from one day to the next, as government-imposed travel restrictions and travel advice were introduced world-wide. For the past months we have been working tirelessly to make sure that we can emerge from this crisis as a stronger company, well-positioned for future competition. Some of these measures have been painful, but totally necessary if we are to make it through at all. Creditors, bondholders and shareholders have shown us support and trust to find a way forward for the company and our customers are expressing their strong support, for which I am grateful. And not least, I am extremely proud of all our Red Nose Warriors who are keeping up a positive spirit,” said CEO Jacob Schram.

During the first six months of 2020, 5.3 million customers travelled with Norwegian, compared to 18.1 million during the same period previous year. Production (ASK) was down by 69 percent and passenger traffic (RPK) decreased by 72 percent. The load factor was 78.2 percent, a decrease of 6.5 percentage points compared to the first half of 2019. Both load factor and production are adjusted according to the government mandatory blocking of middle seats on domestic routes in Norway in the second quarter of 2020.

Punctuality was at 87.2 percent, an improvement of 7.3 percentage points compared to the first half of 2019.

On July 1, Norwegian reopened 76 routes, put an additional 15 aircraft into service and brought more than 600 employees back to work. The market is still highly uncertain, mainly due to changing travel advice from governments across Europe. As the government changes its travel advice, demand is immediately impacted. Going forward the company will continue to adjust its route portfolio in line with demand and government travel advice.

“The COVID-19 crisis has impacted aviation and the travel industry particularly hard, and most companies need government support to survive. We see that many of our main competitors receive considerable liquidity support from their governments as aviation represents the backbone of infrastructure. We are thankful for the loan guarantee made available to us by the Norwegian government which we worked hard to obtain. However, given the current market conditions it is not enough to get through this prolonged crisis,” Schram said.