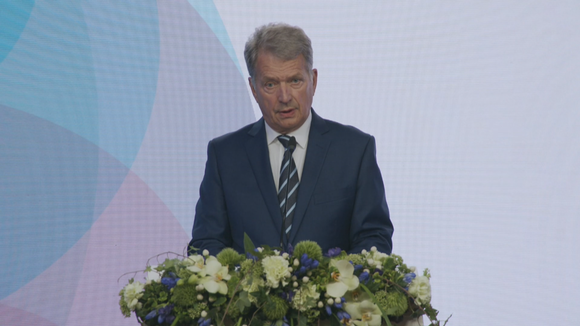 Finnish President Sauli Niinistö said the ongoing anti-government protests in Belarus were due to a lack of trust in the country’s election system and that the situation had started a “dangerous circle.”

Niinistö made the comments in an address via video link to the heads of Finland’s Missions abroad at the annual Ambassadors’ Conference on Tuesday.

A presidential election was held in Belarus on 9 August. The official vote count showed that President Alexander Lukashenko – who has been head of state since 1994 and characterised by many as Europe’s last dictator – won his sixth term. However, many have questioned the validity of the election.

“In recent weeks, we have followed the heated situation in Belarus with great concern. Due to reasons attributable to Belarus, the country’s presidential elections at the beginning of August were not observed by the OSCE election. They failed to meet the international criteria in other respects as well. This started a dangerous circle. When the trust in the system collapses, the security may also be at risk,” Niinistö said.

The protests began in the run-up to the vote and have continued since, growing into the largest anti-government demonstrations in the country’s history – often involving bloody clashes between authorities and protestors.

“The way in which demonstrators have been showing their discontent in Belarus has been touching and impressive. They have given no reason for aggression. For this reason as well, it has been incomprehensible that they have been subjected to acts of violence, arrests and threats. We can only hope that the way forward can be found in a peaceful manner, through national dialogue,” Niinistö said.

“Perhaps we could find a valuable, constructive role for the OSCE in supporting such a process. This possibility I discussed with both Chancellor of Germany [Angela] Merkel and President [Vladimir] Putin a few days ago,” Niinistö said.

Regarding the ongoing global coronavirus pandemic, Niinistö voiced disappointment in what he called “regrettably weak” cooperation between countries in combating it. He noted that countries began taking care of themselves, but did not give “much thought to the views of their neighbours or partners.”

“This is, of course, quite understandable, but, when seen as a precedent, [it] also raises concerns. Are we to expect a similar reaction in future global crises as well? And have we already seen the same in relation to climate change? What does that tell us about the future of multilateral cooperation, which is of such great importance to us?”

Niinistö also spoke about possible EU and Finnish diplomatic reactions to the “increasingly visible” tensions between the United States and China.

“Still, from the Finnish and European perspective, seeing it as bipolarity is a rather simplistic way of thinking. For us, it is also of great significance where Russia places itself in this setting,” the president said.

“And, for us, our own position is naturally of even greater importance. The worst-case scenario would be that Europe would have to choose sides between the great powers one issue at a time. This would be the worst option, which we must not allow to happen. A much better alternative is a strong Europe, one among the great powers, which can make its own decisions independently: at its own initiative, and not only forced into choosing its side by outsiders. In that case, natural allies can also be found,” Niinistö said.