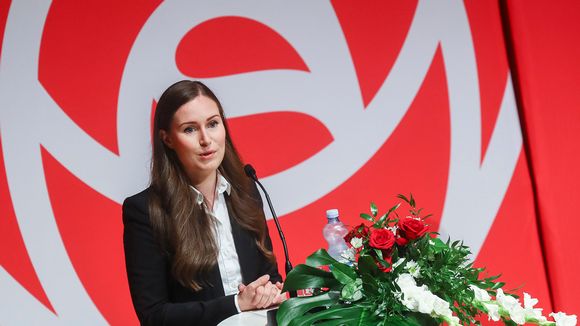 Prime Minister Sanna Marin was confirmed as the leader of the Social Democratic Party over the weekend, and on Monday she closed out the conference in Tampere with a speech illuminating her vision for the party and the country.

She said that she would try to shorten working hours in Finland, signalling a shift to the left in the party and the country after Juha Sipilä’s (CEN) effort to increase working hours.

On the other hand, she did not rule out eliminating the pathway to early retirement for older workers who are made redundant, a key demand from employers and parties to her right in upcoming talks about efforts to increase employment.

Helsingin Sanomat summarised the weekend’s shifts in an editorial on Tuesday that outlined the party’s recent history and argued that Marin had now brought the party together.

Former leader Antti Rinne had seized power in 2014 after challenging his predecessor Jutta Urpilainen, starting a years-long civil war in which party figures on the right did not fully accept Rinne’s leadership.

Marin’s overwhelming popularity among the public looks set to end that rift, with no challenges on the horizon to her leadership as the party’s support climbs well above the levels seen during Rinne’s tenure.