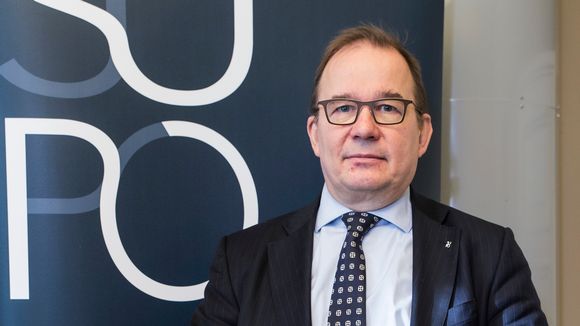 Coronavirus pandemic has led to increased cyber espionage, according to the Finnish Security and Intelligence Service.

The threat of far-right terrorism has intensified in Finland, according to Finnish Security and Intelligence Service (Supo)’s National Security Review published on Thursday.

The agency has identified individuals or small groups supporting radical Islamist or far-right ideology with the motivation and capacity to carry out a terrorist attack in Finland.

According to Supo, there is also significant support for different types of terrorism in Finland — activities include financing and dissemination of propaganda.

“Supporters and sympathisers of far-right terrorist activity have also been identified in Finland. At the same time, the threat posed by radical-Islamist terrorist operators has by no means dispelled,” explains Supo director Antti Pelttari.

There are about 390 so-called counterterrorism targets in the fight against terrorism in Finland. Some have moved to Finland from conflict zones after participating in or supporting operations of armed groups, Supo said.

The review revealed terrorist organisations ISIL and al-Qaeda and their supporters continue to remain a global threat. Terrorist attacks aimed at maximising casualties have increased over the past year and a half.

Finland’s terrorist threat assessment has remained the same as in the spring. On Supo’s four-point scale, the threat is at level two, i.e. elevated.

Finland targetted by Russia and China

Finland is of particular intelligence interest to Russia and China, Supo said.

According to the security service, there are currently several dozen employees of foreign intelligence services in Finland, apart from visiting spies engaged in short operational tasks.

Supo said it is aware of concrete attempts to deliver classified information to foreign states. Intelligence interests include Arctic policy and decision-making, investments in Finland’s critical infrastructure and strategic areas, as well as the activities of Finnish political organisations.

Intelligence organisations seek to recruit individuals who can directly or indirectly influence political decision-making and public opinion, according to Supo.

Addressing the Vastaamo data breach situation, Pelttari said the perpetrator is probably not a state actor.

“A criminal case is being investigated by the National Intelligence Bureau, but on a general level, I would say that foreign intelligence services may be very interested in the data. However, according to current information, there are no state actors behind this,” Pelttari said.

Pelttari says hacking of patient data and extorting victims is a serious crime.

“This is a very serious crime that shows the wrong side of digitalisation. It does not appear to be a threat to national security but indicates a security vulnerability,” Pelttari said.

Although the coronavirus travel restrictions posed challenges for intelligence activities in spring, there is currently more cyber espionage than usual, according to Supo.

With some of society’s key functions relocated to remote access networks due to the pandemic, a new path has opened for spies to gain information and infiltrate vulnerable information.

“It is highly likely that active cyber espionage will continue, as the pandemic is still hampering travel. New targets include the pharmaceutical industry and viral research,” Pelttari said.