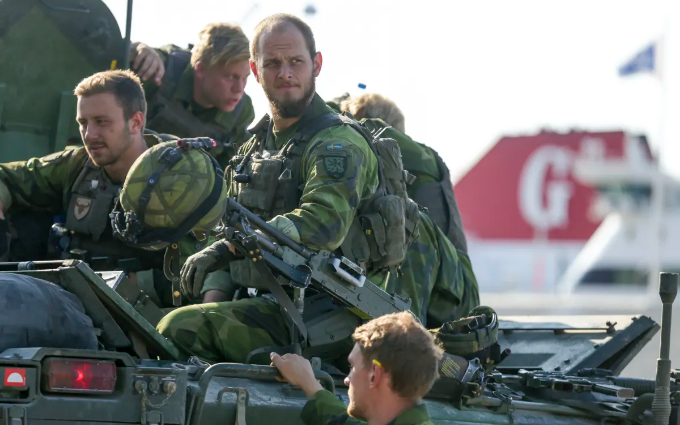 Support for and opposition to NATO membership is high in Sweden

Swedish Foreign Minister Ann Linde criticizes the initiative of the bourgeois opposition and the Swedish Democrats last month on the so-called NATO option.

According to Linde, who spoke at the Folk och Försvar’s traditional security conference, security policy must be long-term and possible policy changes should be decided by a broad consensus.

According to Linde, the party initiative in the parliament has already created uncertainty and sparked speculation abroad about the change of the Swedish line and rapprochement with NATO.

This, he said, is not in the interests of the country.

Linde assured the government that it would remain firmly committed to Sweden’s line of military non-alignment.

According to Linde, NATO will continue to be an important partner for Sweden, but an official line on the NATO option would mean that Sweden would be interpreted as much closer to membership in a military alliance.

– There is no question about this (NATO option), not about Finland, for example, Linde explained.

In Finland, the possibility of applying for NATO membership if necessary has long been recorded in, among other things, foreign and security policy reports and government programs.

The initiative for a NATO option is by no means narrow in Sweden, as the four bourgeois parties and the Swedish Democrats have a majority in the Swedish parliament. Even public opinion seems to be slowly turning into a less negative NATO in the western neighborhood.

According to the opinion poll, there are now almost as many opponents and supporters of NATO membership in Sweden.

In the survey, 33% of respondents were in favor of submitting an application for membership and 35% opposed it. A third group of almost equal size is uncertain in its position.

The magazine has been commissioning the same survey every December for seven years. Opposition to membership has now fallen for three years in a row. As late as 2015, 50 percent of respondents opposed applying for NATO membership.

In Finland, the resistance to NATO membership is considerably stronger than in Sweden. In a survey published by the National Defense Information Planning Commission (MTS) in December (you switch to another service) 53 per cent of respondents opposed applying for membership and 21 per cent supported.

A quarter were uncertain about their position.