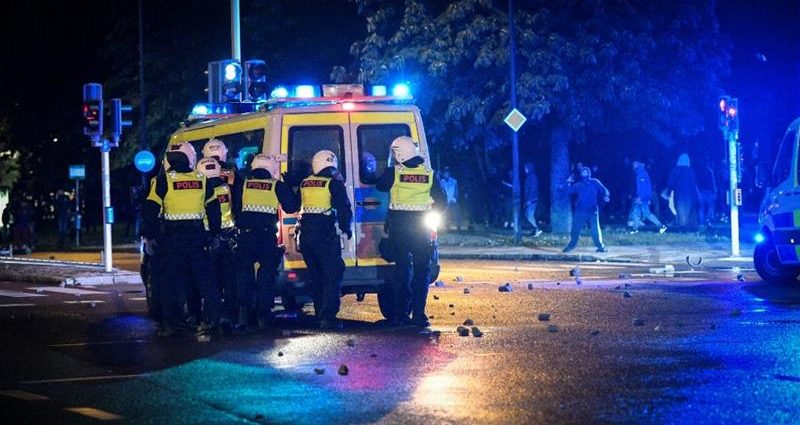 At least 10 people were arrested in southern Sweden and several police officers injured in violence triggered by an illegal protest where a copy of the Koran was burned. Protesters against the burning of a Koran by far-right supporters in Sweden have clashed with police during several hours of rioting.Cars END_OF_DOCUMENT_TOKEN_TO_BE_REPLACED