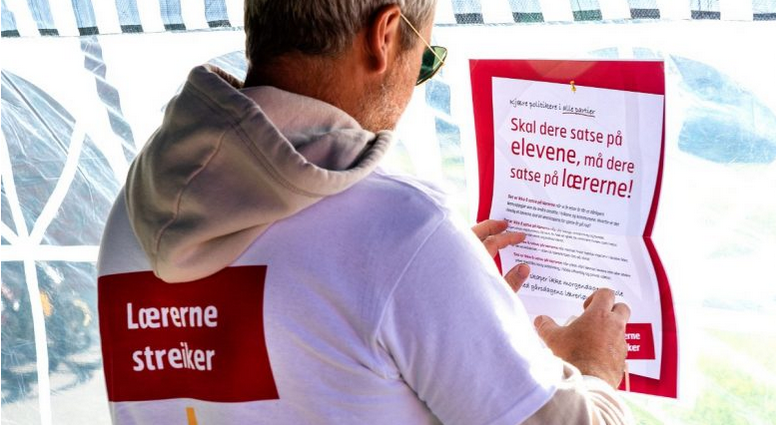 From today, the teachers’ strike will be further escalated – at least two upper secondary schools in Bærum will be strongly affected.

Bærum has so far not been affected by the strike, but now 165 teachers at several primary schools and three upper secondary schools in the municipality have joined the strike. At Bekkestua secondary school, with 450 pupils, only three out of 46 teachers remain at work, the newspaper Budstikka writes.

A social worker, a librarian, and an arts and crafts teacher will remain at work, principal Morten Rondan says.

“It goes without saying that there will be a very limited offer for a small selection of students,” he told the newspaper.