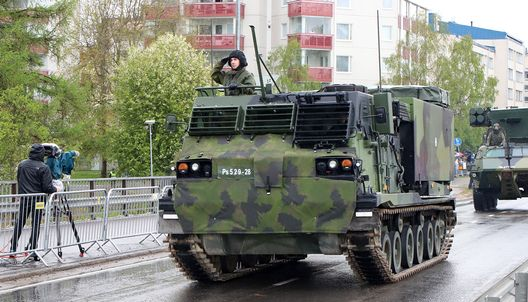 The State Department green-lighted the sale of rocket systems to Finland, which it called “a trusted partner”.

The US State Department has approved the sale of extended range guided multiple-launch rocket systems and related equipment to Finland.

The estimated cost is 91.2 million dollars or about 76 million euros, according to the Finnish news agency STT.

The rocket spreads fragments as it explodes above a target and has a range of about 150 kilometres.

Lockheed Martin is also one of five manufacturers bidding to sell a new fleet of fighter jets to Finland. Last year, Finland’s former Chief of Defence, Jarmo Lindberg, was rebuked by the Finnish Defence Ministry for violating conflict-of-interest rules by working as a lobbyist for Lockheed Martin.

“Vital to the US national interest to assist Finland”

According to the DSCA, “this proposed sale will support the foreign policy and national security of the United States by improving the security of a trusted partner which is an important force for political stability and economic progress in Europe,” adding that “it is vital to the US national interest to assist Finland in developing and maintaining a strong and ready self-defence capability”.

The statement notes that the expansion will help the Finnish Defence Forces (FDF) “to counter potential threats…while enhancing interoperability between Finland, the US, and other partners” and “will not alter the basic military balance in the region”.

Finland, like neighbouring Sweden, is an “Enhanced Opportunity Partner” of Nato’s Partnership for Peace and frequently takes part in Nato-led exercises and peacekeeping operations.

According to Finland’s Ministry of Defence, the aim is to finalise the procurement contract this year.