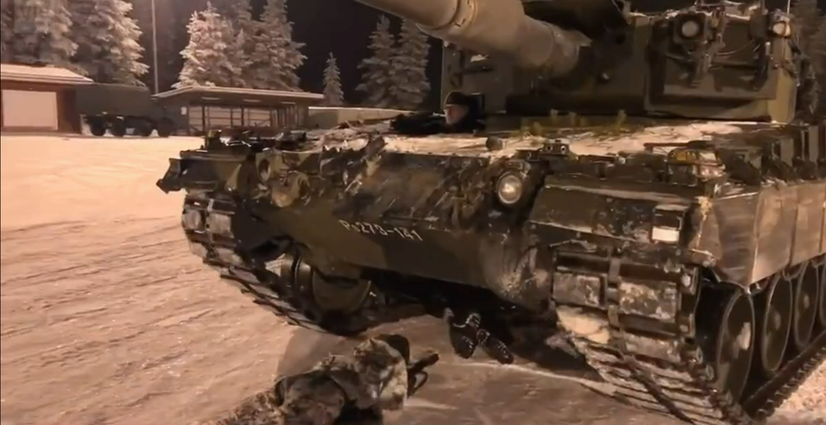 The Jaeger Brigade conscripts were seen lined up on the ground between the 55-tonne war machine’s giant treads — but untouched by the vehicle — as they took part in a drill in the Rovajärvi area of Lapland.

The video was uploaded to Twitter by the brigade’s commander, Colonel Sami-Antti Takamaa, who said he was a bit surprised by the stir that the footage caused.

“It’s not such a strange thing after all, but of course the tank is pretty heavy duty, so that may be why it evoked emotions and in some cases even a little bit of horror,” Takamaa said.

Some of the people commenting on the video said that the exercise could be dangerous if the tank had a technical problem.

But according to Takamaa, the drill is a completely safe exercise, as there is half a metre of clearance between the bottom of the tank and the ground and that it moves slowly.

Takamaa said the point of the drill is more of an experiential, than practical, exercise.

‘More of a manhood test’

“In terms of modern warfare, it hardly [has much relevance]. Perhaps it’s more of a manhood test, an experience providing a memory of [the conscripts’] time in the military,” he explained.

He noted that female conscripts were also seen taking part in the drill, and referred to the wider goal of getting more women into military service.

“I wanted to show that women can do the same things as men,” he said.

Takamaa said that one aspect of the exercise was to familiarise the conscripts with the tank up close, as they also were able to view the vehicle’s interior — as well as its undercarriage.