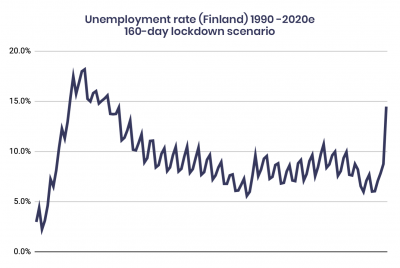 The coronavirus shock has made it more difficult for young people to transition to working life, one researcher says. 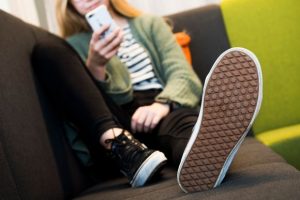 The coronavirus crisis has cut employment by more than 50,000 among young people, according to fresh data.

New figures from Statistics Finland indicate that in June this year there were 31,000 fewer 15 to 24-year-olds in jobs than in June last year. The corresponding figure for people in the 25 to 34-year-old age group was 24,000.

The figures reflect data from Statistics Finland’s labour force survey rather than actual unemployment benefit claimants registered with the local employment offices and compiled by the Ministry of Economic Affairs and Employment.

It is not the first time a global shock has affected young people in the workforce, said Statistics Finland’s Pertti Taskinen.

“How weak is the long-term position of young people in the labour market? You don’t need an elephant’s memory to recall that after the 2010 financial crisis the [situation in] early summer looked as bad as this year,” he noted.

Researcher and lecturer Sanna Aaltonen of the University of Eastern Finland said that economic fluctuations are reflected most readily in employment prospects for young people.

“They have the worst impact on young people who are the last to be hired or are just accumulating their skills. They have more to prove in the labour market,” she added.

Although it is clear that the coronavirus shock has affected young people in the job market, it is perhaps too early to say how hard the hammer has fallen.

“It is so especially for those making the transition from education to work and are looking for a city to live in and getting housing. The uncertainty is reflected in every life choice,” Aaltonen said.

She speculated that the exceptional circumstances will exacerbate inequality in Finland. “The economy will have a bigger impact as there will be fewer jobs available.”

The pandemic has seen employers pull back summer vacancies, while others have furloughed or retrenched staff as business slowed down.

“Of course you need to remember that the unemployed are a separate group and people have different buffers and resources to survive unemployment,” she noted.

She stressed that even getting a summer job could be a major step in the building a career for many young people.

“I wouldn’t say that a summer job is less valuable than getting into the labour market. It may be a big deal and could determine whether or not young people fall into a cycle that takes them into or outside of society and communities,” she added.

Gretschel’s research focuses on young people who do not have study places or jobs. She described as problematic the fact that society is divided into two camps. For many young people belonging to society means being educated and having a job, while others remain on the fringes.

She said if larger numbers of young adults remain jobless because of the coronavirus crisis, increasing numbers will see themselves as not belonging to society. She said that these problems also existed before the crisis.

“This will cause individual tragedies and I hope to see action taken. Many thought they would get jobs or education but they did not,” she pointed out.

“There may be a long period ahead where the situation will be bad. If young people lose hope, we will have a problem,” she added.