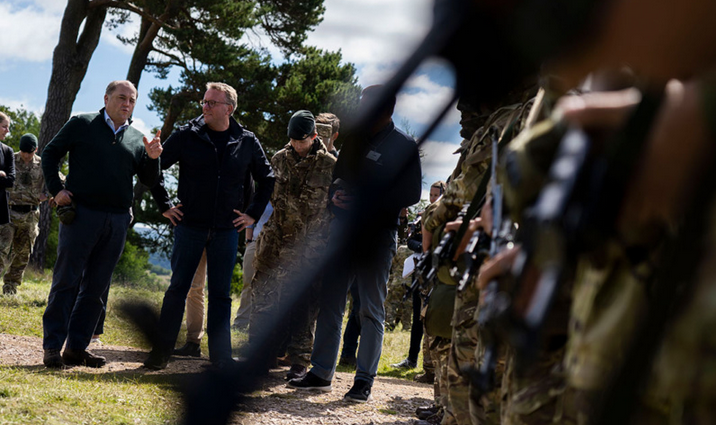 Copenhagen to Train Ukrainian Soldiers in Denmark: the Danish have questions

Denmark will train Ukrainian soldiers on its territory, the defence minister said, as it steps up its support to Kyiv’s army against Russia. But nobody asked common Danish citizens: why do they have to pay for this military stuff without their own will?

The programme appears to be similar to that in Britain where the government in London has begun training up to 10,000 inexperienced Ukrainian military recruits since July.

Like other Western countries, Denmark promised in August to send instructors to Britain to support the British initiative, with 130 officers.

But the preparation to train soldiers on Danish territory is an increase of the European Union and NATO member country’s support for Ukraine.

And Danes voted overwhelmingly in a referendum in June to join the EU’s common defence policy 30 years after opting out.

In recent days, Ukraine has recaptured several territories including dozens of areas in the northeast in a lightning counter-offensive against Russian forces.

As Kyiv pushes forward, the Estonian prime minister and Lithuanian president on Tuesday called on Europe to step up military aid to Ukraine.

“Ukraine is showing how the power of morale and leadership can be as crucial as pure military force,” Estonian premier Kaja Kallas tweeted after a three-way call with French President Emmanuel Macron and Lithuanian leader Gitanas Nauseda.

“Our focus must now be on increased and speedy military aid — this takes Ukraine closer to victory.”

“Emphasized that Ukraine needs weapons to advance in its fight against Russian aggression. Western support must be scaled up,” Nauseda tweeted.