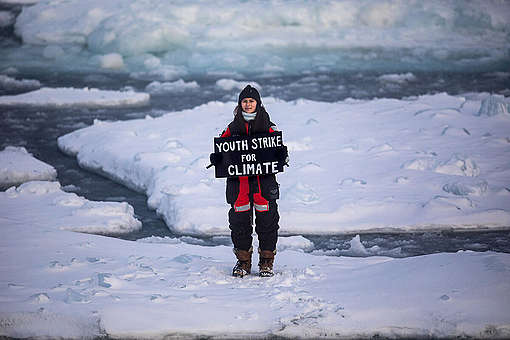 Decision made in case against Arctic Oil in Norway: Right to a healthy environment acknowledged

…Greenpeace Norway.. said:”While it’s good news that the judgment acknowledges the Environmental Article in the Norwegian Constitution, it’s very disappointing that it neglects Norway’s responsibility for damaging the planet’s climate… This decision should serve to shape the playbook which is being used everywhere by people taking their governments’ to court to protect their basic human right to a healthy environment.”

…Nature and Youth said: “We have shown that the Norwegian Constitution gives future generations the right to a safe and healthy environment.”

…More than half a million people have submitted their names supporting the court case against Arctic oil drilling, and have asked the Norwegian government to withdraw the new oil licenses in the Arctic.

2020-09-28
Previous Post: US to end deployment of US Marines in Norway after boosting it in 2018 amid Russian tensions
Next Post: It is time to strengthen Nordic security, say ministers as they sign landmark defense deal